Today we’re chatting The Handmaid’s Tale: Jezebels – episode 1.08. I discuss why this is getting uncomfortable, why this flashback works, and why I so badly want to punch Nick in the face…

I’m sure Max Minghella is a nice guy in real life, but man, I just want to punch him. He quite literally has the most punchable face I have ever seen on God’s Green Earth. He 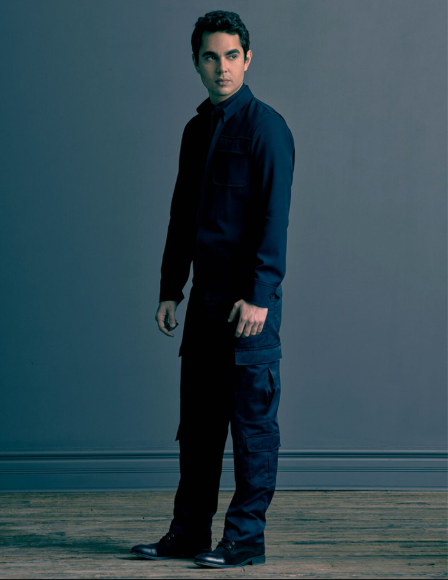 also stands funny – like he’s always leaning forward a little bit – so his arms are always resting in front of him. Just makes me wanna punch him even more.

Maybe it’s the arm thing, maybe it’s his perfectly pouty lips  or maybe it’s the giant freaking caterpillar eyebrows that every guy wishes they had. But god, Nick annoys me.

No, this isn’t my entry for Nick Blaine into my personal Burn-Book for The Handmaid’s Tale, so I suppose I should move on.

But honestly though, there is so more  stuff here that just bugs the hell out of me when it comes to Nick. Namely, why the hell are we ok with him being being so petulant when it comes to June and his driving her with Commander Waterford to Jezebels in Boston? Seriously?! He is knowingly transporting her to a figurative and quite literal hell for women, and he’s making it all about him? He’s got a side piece that makes James Beard level Pesto for fun, and he thinks it’s cool to just turn it down? That’s when you know the man’s got issues.

All kidding aside, Nick Blaine is a weird character, and what the writers have done with him so far is equally as weird. We just found out the Luke is alive, that Luke knows June is alive, and he we are having these intimate scenes between Nick and June.

“I can say these are acts of rebellion, a fuck you to the patriarchy, but those are excuses,” says June. “But I’m here because it feels good and because I don’t want to be alone.” While that’s a great foothold into June’s mind via voice over,  it leaves me a little confused on what the actual hell I should be feeling about Nick. Are we supposed to root for them? Are we supposed to kind of hate him for allowing this? Are we supposed to want Luke and June to get back together? What are we doing here?!

The most accessible part about Nick so far is the place from which he came, and the flashbacks for this episode are a great exercise in why they are such a great tool when writing such a complex narrative.

We’ve all been where Nick found himself before the war – down on his luck, unable to keep a job, a family needing you, and no sense of hope. Some of us find our way out on our own, some of us capsize under the pressure and never recover, and some of us succumb to the will of creepy cult groups. Sadly, Nick finds himself in the category of the latter.

A small conversation here, a nudge there, and suddenly, one can find themselves indoctrinated into some funky waters. I suppose that’s how a world like this has to happen – just through a groundswell of disenfranchised people looking to leverage their hate on the rest of the world. I’ll give the writers credit, how Gilead comes to fruition within this universe is absolutely believable.

This is where things turn slightly uncomfortable for me as a writer, especially about this series.  In truth, I am not a huge religion guy. In fact, religion, church, our widely accepted versions of God or Gods play absolutely no role in my life.  Zero-point-zero. I won’t get into a whole diatribe on why it doesn’t pay any role, or why I think it’s utter nonsense. Whatever you believe is absolutely cool with me, I’m happy it works for you, and I know this is not the forum to discuss the many philosophical quandaries of organized religion.

All I will say is – within the context of this show – Gilead is what happens when people get too entrenched in rhetoric, and, as I said last episode, stop conversation. It just so happens that Gilead is using the bible justify how they treat women, how they sanctify men, and how they rape Handmaids. A lot of fanatics, religious or not, believe they are doing the RIGHT thing, that they’re good people, and they don’t realize they’re picking and choosing certain doctrines to fit their agenda.

How flippant is the conversation between Commanders Pryce and Waterford when they are trying to figure out what to call these rape sessions?! “Let’s call it a ceremony.” Wow. Religion, the groups that call themselves pious, and all the so called “canon” in any religion terrifies me. It’s all based on archaic ethos that has it’s roots in culture that is well over two millennia old. Some of it’s still applicable, some of it’s questionable, and a lot of it is just plain horrifying. ANYONE can twist words from “holy books” to fit and form their own agenda, and that’s exactly what happens here.

What’s worse about Gilead and the Commanders is that they are all part of the dirty little secret. For all the talk about being conduits of God, doing what’s best for humanity, and living pious lives, here they all are at Jezebels doing EXACTLY what they aren’t supposed to do. Fred Waterford blurs the lines by trying to seduce June in her room, giving her a dress, makeup, shoes the he hopes fit, and even going so far as to call her “Mrs. Waterford.” The rules apply for everyone else except those that make them. It’s a bunch of crap, and the thin veneer of perfection in Gilead is now more transparent than ever.

Which brings me back to the use of flashbacks in complex narratives.  Sometimes they are purposeful, and sometimes they are just as useless as any other writing device. But in this case, the flashbacks are not only useful, but they are the best part of the episode.  We get to know more about Nick and his punchable face. We are witness to how these men formed the very foundations of Gilead, using the figures of Rachel and Leah in scripture to justify the ceremony. But also to enslave an entire race, and impregnate those who are fertile because the men are of “superior status” and the women “will eat it up”. It’s so scary. So, so, so, scary. But it’s also effective.

You could say that the world building in the past few episodes has been stellar. But the last two episodes have stumbled when it comes to it’s characters.

Click here for all of coverage of The Handmaid’s Tale