Yep, can’t say I didn’t see this one coming — Johnny Depp is OUT as Gellert Gridewald as he exits the Fantastic Beasts series.

Sure, it seems like Warner Bros. “asked him to resign”,  but the adults in the room know what that means:  the execs gave Depp his walking papers and allowed the man whatever dignity he has left at the moment.

For those who have not been keeping up with the latest drama in Depp’s life – he just lost an extraordinarily venomous libel suit with ex-wife Amber Heard and it appears the people in charge of WB finally had it up to their eyebrows with Depp’s drama.  Listen, I’m not here to cast judgement on Depp, Heard, or even pretend I know enough case details to throw my support on one side or another.

All I know is that Depp, the actor, is extremely toxic in the court of public opinion right now.

In fact, Depp is so toxic that I have to invoke Jonah Ryan’s words about Selina Meyer in episode 1.08 of Veep: “”Imagine something small has crawled up a dead cow’s ass, and that small thing actually dies itself. If that dead thing then farted out a sack of eggs but each individual egg is a smaller, rotting dead thing … that’s how toxic she is.” BTW – if you haven’t seen Veep, do yourself a favor and end that right now. Best comedy this side of Arrested Development.

Now we can all argue the validity of keeping the Fantastic Beasts franchise alive. Despite director David Yates’ and current writer Steve Kloves’ best intentions, the FB films have been bland at best, and inconsequential at worst. But Warner Bros. seems to think there is some gas left in that tank and maybe recasting Depp’s former role is what the franchise needs.

Ultimately it sucks because no matter how bad Depp is fairing in the public psyche right now, you cannot deny that the man is an incredible actor. 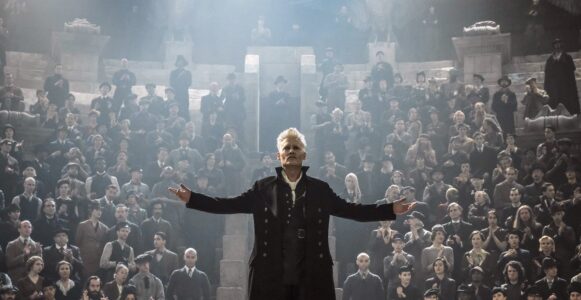 One may argue that he plays the same kind of buffoonery in some of his roles (see: the Pirates films/The Lone Ranger/the Alice In Wonderland films) but he was genuinely terrifying in Black Mass and was a vital asset to the unique portrayal of Grindewald in The Crimes of Grindewald. Depp’s performance, in spite of the god awful writing from J.K. Rowling, was rife with charisma, depth, fear, and I could honestly buy him as the kind of wizard who led his movement in the Potter-universe.

Filming on Fantastic Beasts 3 has already begun, so it looks like Yates and co. are going to have to find their new Grindewald in a right quick fashion.  I have no idea who they will choose, and I’m even hard pressed to make a guess at what WB is looking at to replace Depp. Do they go big name to fill Depp’s shoes? Do they bring someone in who is much less known? Do they keep the same look from Depp?

Many questions remain, but, I, for one, would like to see someone like Lee Pace replace Depp. 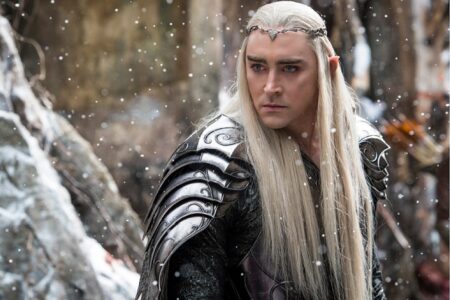 Pace is the right age, has the chops, presence, the charisma, and the experience with big franchises to understand the weight of the role (see: Guardians of the Galaxy, Breaking Dawn, and, of course,  The Hobbit films).  So let’s start the movement now — #PaceForGrindewald

For the sake of posterity: here’s Depp’s statement from his Instagram:

Are you happy that Depp is Out? Who should play Grindewald going forward?